EBW Dispatches: Wisdom in the Brain

The EBW Dispatches Series reports the latest developments from the frontline of wisdom research. Key findings are highlighted and illuminated – with a little help from the researchers themselves. The relevant papers can be found at the end of the dispatch.

Wisdom in the Brain with Dilip Jeste

How do you reliably measure wisdom? Whilst there are a number of different wisdom scales available, what are these scales actually based on, and which one should we use? Professor of Psychiatry Dilip Jeste has been working hard to pull these different strands of measurement research together to give us the SD-WISE – a bold new wisdom scale with great potential and a whole new way of thinking about wisdom in the human brain.

Dr. Dilip V. Jeste is Director of The Stein Institute for Research on Ageing, and Distinguished Professor of Psychiatry and Neurosciences at the University of California, San Diego, and a neuropsychiatrist with particular specialism in successful aging and schizophrenia. He is also a former president of the American Psychiatric Association. He has published a number of influential papers detailing the neural activity associated with wise behaviours (click here and here to read more).

Recently, he has turned his attention to the question of measuring wisdom. In an attempt to combine both ancient and modern conceptions of wisdom with a potential neurobiological framework of the wise brain, his team have now introduced a new wisdom scale to the world – the San Diego Wisdom Scale, or more simply, the SD-WISE.

The SD-WISE – a new way of measuring wisdom

In the recent paper A New Scale for Assessing Wisdom Based on Common Domains and a Neurobiological Model: The San Diego Wisdom Scale (SD-WISE), Jeste and his team outline the development of a brand new wisdom scale. Following the development of the scale, they then tested it on 524 adults between the ages of 25 and 104 years of age.

The paper suggests the following:

The new scale is RELIABLE. This means that an individual’s scores on the test tends to be similar if repeated.

The scale correlates (although weakly) positively with well-being and negatively with emotional distress. The fact that these correlations were weak suggests that the scale isn’t just measuring some general positive/negative mental state.

The scale demonstrates a weak, negative correlation with age. This means older people generally achieved lower scores on the scale than young people. 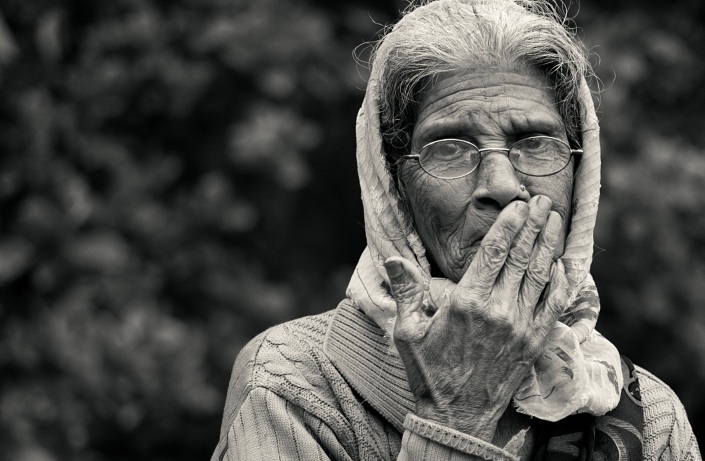 Regarding the final point relating to age, it is important to remember that the study did not follow one group of people over a long period, assessing them at intervals as they aged (known as a ‘longitudinal’ study). Rather, one group of people of varying ages were all assessed at one point in time and their scores were then compared (known as a ‘cross-sectional’ study).

The above findings would all suggest that Jeste’s team have introduced a reliable, valid new tool for measuring wisdom.

Why, though, is this important, when several widely used reliable and valid wisdom scales are already available to researchers?

There are two ways in which the SD-WISE is distinct from previous wisdom measurements – its broad foundations and its neurobiological framework. 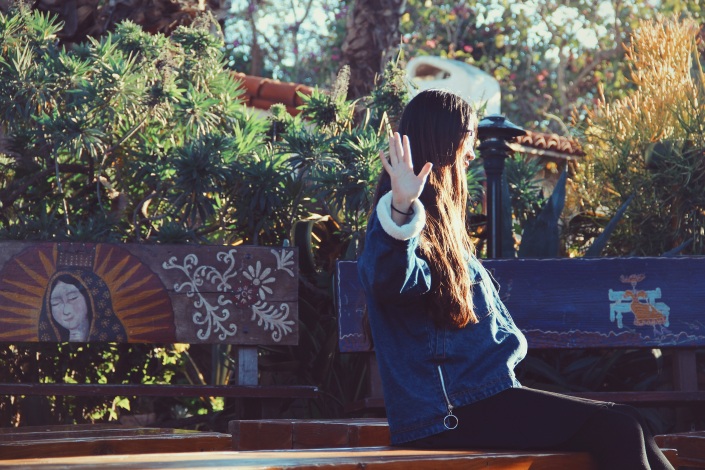 Jeste and his team built their wisdom framework on a very broad range of existing ideas about wisdom, including empirical scales currently in use, opinion of leading wisdom researchers and even ancient conceptions of wisdom from beyond the western world.

Jeste explains: Most measures of wisdom are based on their creators’ perspective on wisdom. Ours was based on: (a) A comprehensive review of the literature on definitions of wisdom used in empirical studies ever since empirical research on wisdom began with the work of Baltes and Clayton in the 1970s, (b) A consensus among international experts on wisdom obtained through a study using Delphi or Rand Panel method, and (c) A mixed methods study of the conceptualization of wisdom in an ancient scripture from non-western world – i.e., the Bhagavad Gita. Most of the components of wisdom that are included in our scale are common to ALL of these sources, and may, therefore, be indicative of a broadly agreed construct of wisdom.

Most of the components of wisdom that are included in our scale are common to ALL of these sources, and may, therefore, be indicative of a broadly agreed construct of wisdom.

Jeste’s team have made the effort to link recurring components of wisdom amongst the above sources to corresponding areas in the human brain. This has enabled them to develop a framework for conceiving of the neurobiology of the wise brain.

Jeste outlines their approach as follows: We have previously reported that all these components seem to share a common neurocircuitry comprised of prefrontal cortex (dorsolateral, ventromedial, and anterior cingulate) and amygdala. Thus our scale has a putative neurobiological basis. 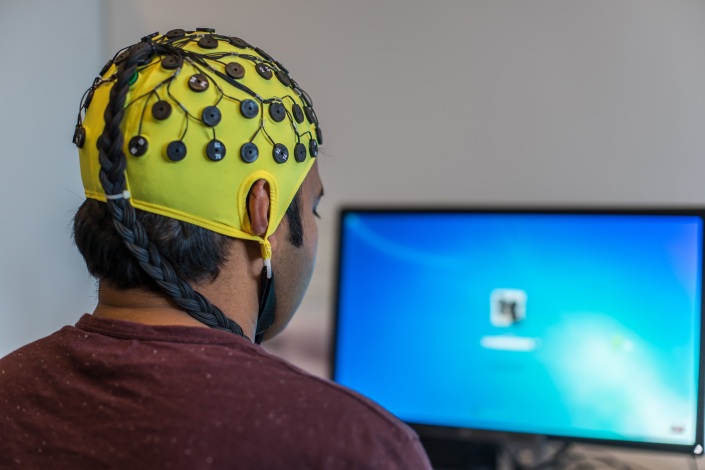 The SD-WISE, therefore, potentially lays the groundwork for extending wisdom research beyond the field of psychology, placing it on a more biological footing.

We have previously reported that all these components seem to share a common neurocircuitry comprised of prefrontal cortex (dorsolateral, ventromedial, and anterior cingulate) and amygdala. Thus our scale has a putative neurobiological basis.

Future Directions for the SD-WISE

There are a number of limitations with scales that ask people to rate themselves for wisdom, and the SD-WISE of course shares these limitations.

Social desirability bias can lead people to give answers to questions that make themselves look better than they really are. Furthermore, self-delusion can shield people from their own weaknesses (see EBW animation Measuring Wisdom for more details.)

In fact, wise people often have a better understanding of their own weaknesses than unwise people, so might give themselves a more harsh rating than the glowing self-rating a deluded unwise person might return.

As Jeste points out: Yes, there is certainly a possibility that some unwise people would rate themselves as wise and vice versa. However, wisdom correlated with well-being and with education, as one would expect. Similarly, there was no relationship with gender or income, consistent with the literature. The significant correlation of SD-WISE scores with 3-D-WS and SAWS scores also supports validity of our scale. Clearly, subjective measures have limitations, but at least in the near future, I don’t see a reasonable likelihood of developing valid objective measures of wisdom. Advances in subjective measurements with techniques such as Ecological Momentary Assessments should be used.

The paper outlines a number of possible directions for future research. First of all, the scale needs to be trialled in different groups and cultures.

The authors also suggest that it would also be interesting to see the SD-WISE used in a longitudinal study, following one group of people over a longer period, to learn more about how the components of wisdom might be related to aging .

The paper even suggests that the SD-WISE could be used to study the components of wisdom in large animals, similar to earlier studies of well-being in apes. In such studies, as you might expect, the caretakers complete the scale on behalf of their animal subjects. 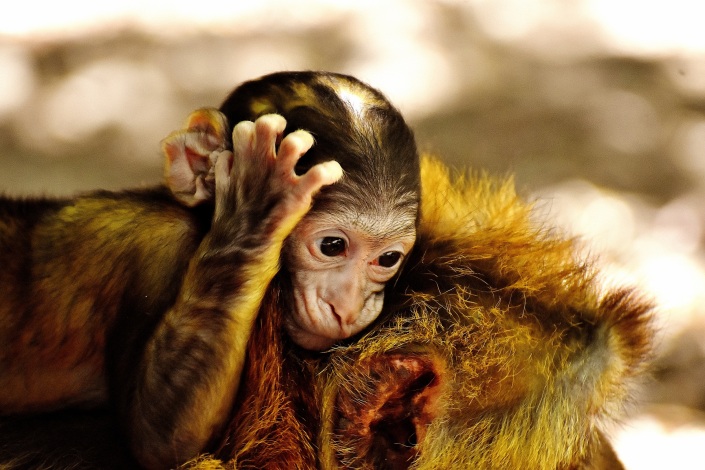 Critically, the paper suggests that the SD-WISE might play an essential role in developing and testing interventions intended to enhance the components of wisdom.

Such interventions might be psychosocial, technological or biological. As Jeste suggested in the recent EBW Wisdom profile: As a physician, I think that’s important. We should have ways of treating people who are suffering because of a lack or loss of one or more of these components of wisdom, so we can help them.

The paper discussed in this dispatch can be found below.

A new scale for assessing wisdom based on common domains and a neurobiological model: The San Diego Wisdom Scale (SD-WISE)

Why not have a look at the following resources to learn more about Dilip Jeste’s work:

TED Talk – Seeking Wisdom In Graying Matter – In this 2015 talk at TEDMED, Jeste outlines the potential for increasing wisdom in the aging brain.

Six Questions That Show If You’re Wise – The Independent – In this article, you can take a brief version of the SD-WISE and see how you score for wisdom.

Neurobiology of Wisdom: A Literature Overview – Meeks & Jeste (2009) – In this paper, Meeks and Jeste identify specific regions of the brain that are active during behaviours considered to be sub-components of wisdom.

Can Wisdom Be Enhanced? – Center for Practical Wisdom Research Forum 2017 – In this talk at the University of Chicago, Jeste provides an overview of the latest research into the components of wisdom

Defining and Assessing Wisdom: A Review of the Literature – Bangen, Meeks & Jeste (2013) – In this paper, the researchers build on their earlier work, adding three further components of wisdom.

Wisdom and Successful Aging Talk – In this 2010 talk at The Sam and Rose Stein Institute for Research on Aging, Jeste outlines the six component model of wisdom, parallels with the Bhagavad Gita, and the neurobiology of wisdom and successful aging.

Comparison of the Conceptualization of Wisdom in Ancient Indian Literature with Modern Views – Jeste & Vahia (2008) – This paper details Jeste and Vahia’s findings regarding similarities and differences between modern and ancient conceptions of wisdom.

EBW Graphics Series – Jeste’s work is detailed in the graphics The 6 Components of Wisdom and Jeste’s Family Model of the Wise Brain.

We all have some wisdom. But what is it? – San Diego Union-Tribune article – In this article, Jeste discusses the neurobiology of wisdom and differences between eastern and western conceptions of wisdom.

If you have any thoughts about the dispatch, please get in touch. 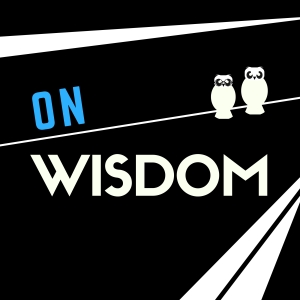